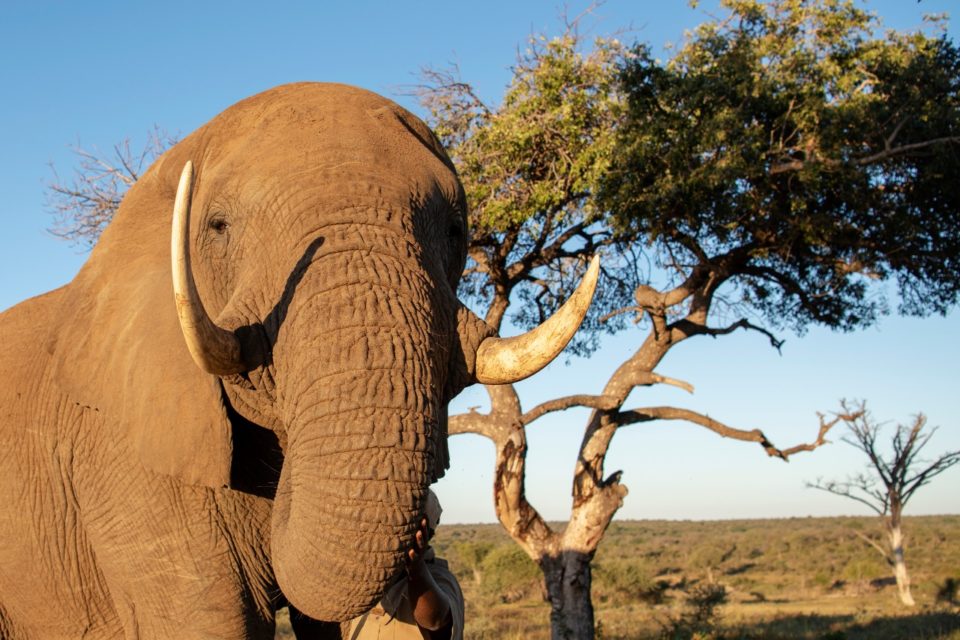 Tusks are teeth, elongated and projecting incisors with the same physical characteristics as most mammalian teeth. There is a pulp cavity, dentine, cementum and enamel and, just like us, elephants have problems with their teeth. While we might break a tooth by unexpectedly biting into a coin in our Christmas pudding, African elephants are more likely to ‘chip a tooth’ while debarking a knobthorn tree or helping themselves to the juicy insides of a baobab.

Elephants can lose or damage their tusks in fights to enforce their right to mate or crack and break their tusks while toppling giant trees in order to reach the juicy new leaves that would otherwise be out of reach. Unfortunately elephant dentists are seldom around when needed.

The trunk of an elephant has the dexterity of a surgeon and the gentleness of a mother, but there are times when a bit of force is called for and having a pair of long pointed digging tools is essential. That’s where the tusks come in.

Elephants often show preference for one tusk over the other. Many animals exhibit this lateral dominance, left or right handedness in humans and a favoured tusk in elephants which, in the case of African elephants, often results in one tusk that is strikingly different to its neighbour. These differences can be useful in the identification of individual elephants.

The African elephant requires up to 300 kilograms of leaves, grasses, bark and fruit everyday, but this herbivore diet is often low in nutrients and minerals and in order to supplement their diet they eat soil, clay and rock. Scraping and digging with their tusks enables them to obtain materials that aid digestion and are essential in pregnant cows.

Young elephant calves have ‘milk-tusks’ that will be replaced by permanent tusks in their first year and these will carry on growing throughout the life of the elephant. Khanyisa, now over one year of age, has lost her milk tusks and is growing her permanent set, which we have felt starting to break free.

The tusks of male elephants grow at a faster rate than the females and are important not only in the search for food and water, but in bull elephant dominance displays that ensure that the strongest and fittest bulls pass their genes to the next generation.

‘Tusklessness’, however, is a common and natural genetic trait in female elephants with roughly 6 percent being born without tusks. Unfortunately, due to poaching and hunting, there are many areas where this is a growing trend as the ‘large tuskers’ are the first to be killed.

According to elephant researcher, Dr. Joyce Poole, in Gorongosa National Park, Mozambique, over a third of the cows are born without tusks due to the slaughter of elephants in the Mozambique civil war. Hunting of elephants for their ivory has resulted in the Addo Elephant Park in South Africa having 98 percent tuskless females.

So far it doesn’t appear that African elephant bulls are losing their tusks, which is probably a good thing as they make very good ‘trunk-rests’. An elephants trunk can weigh up to 140 kilograms and large bulls can often be seen with their trunks hanging over a handy tusk. Bull elephants in musth often saunter up to elephant cows with their trunks nonchalantly draped over a tusk in an effort to appear non-threatening and desirable and, apparently, this works for them. 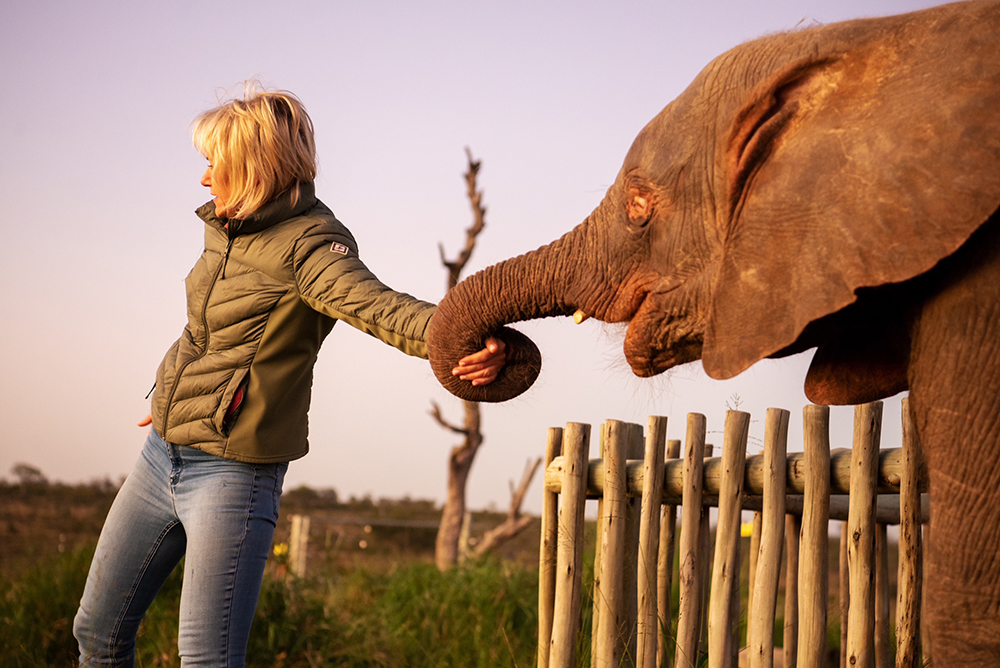 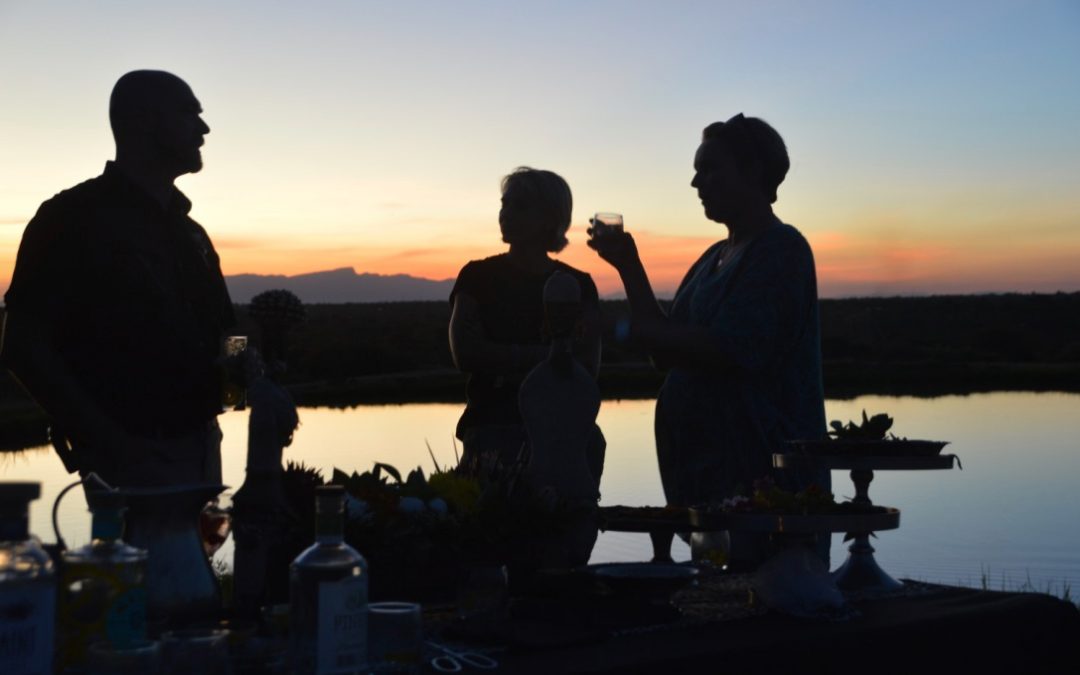 What it Takes to Care for Baby Elephants: #5 Teamwork 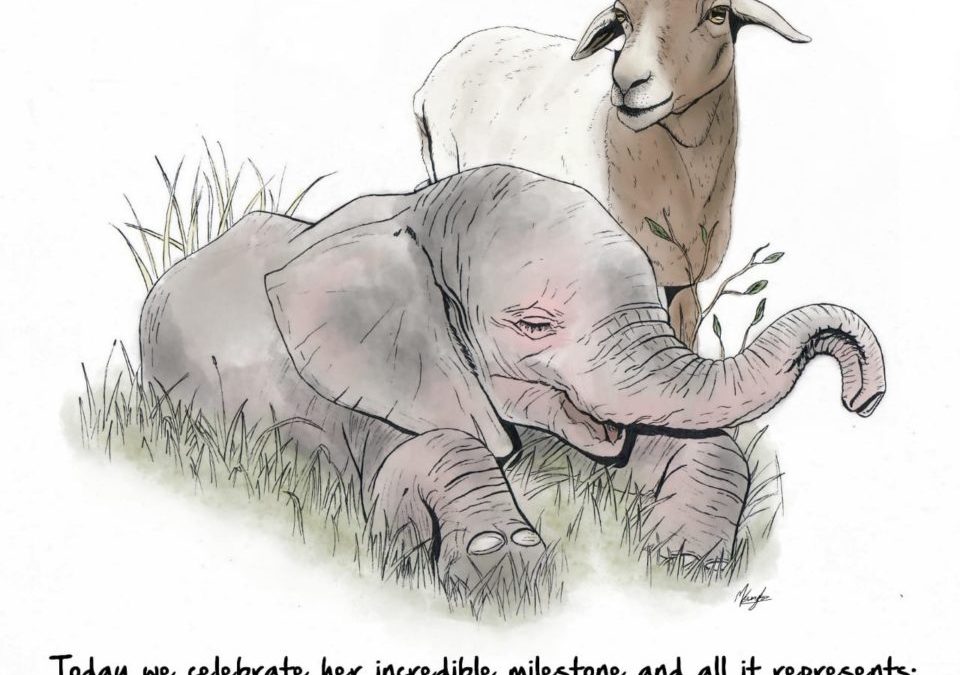