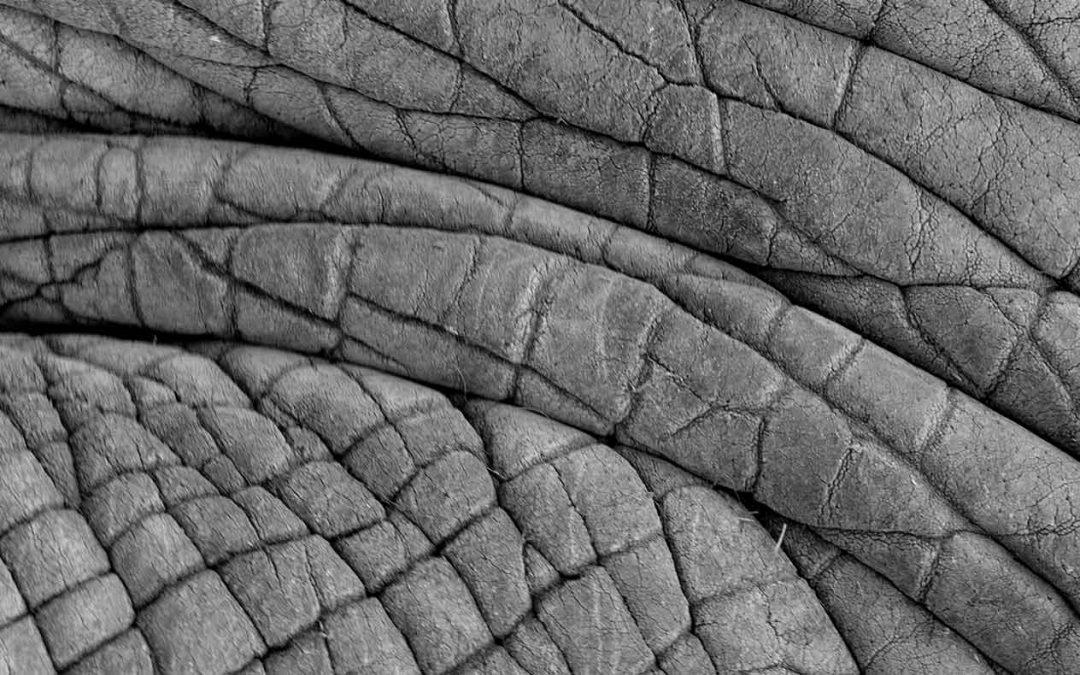 African elephants have been wondering around in their wrinkled and ill-fitting full-body suits for about 5 million years, but it wasn’t until 2018 that an in-depth study of their skin revealed the mystery behind their less-than-sleek appearance. An African elephant’s skin is its largest organ and can weigh up to 900 kilograms, but whereas many other animals seem to have gone for beauty before practicality, the African elephant appears, at first glance, to have slipped into hand-me-downs.

African elephants don’t sweat and they don’t pant. They aren’t covered in a warm fur coat or a thick layer of blubber. Rain doesn’t slip off their duck-feathered backs and they don’t secrete a sunblock like hippopotamuses. They are exposed to the hot and merciless African sun from the Equator to the Namib and Sahara deserts, often without a shade tree in sight.

Thermoregulation is essential and that 900-kilogram organ is responsible for ensuring that the average temperature of the African elephant remains at just one degree centigrade less than the average human.

Research conducted by Michal Milinkovitch, a University of Geneva evolutionary biologist and biophysicist, has laid bare some of the secrets behind the African elephant’s amazing ability to keep cool.

Using microscopy (a microscope) and computed tomography (CT scan) to study sections of elephant skin in the tiniest detail revealed an intricate network of micrometre-wide crevices. During an elephant’s bath-time, these crevices fill with water and mud and, whereas humans would be almost instantly dried by the burning African sun, this allows elephants to remain cool until the next waterhole. The network of crevices, too small to see without the use of a microscope, give the thick, wrinkled and badly-tailored elephant skin the ability to absorb and retain enormous amounts of water, a bit like being covered in blotting paper.

The young calves shelter beneath their mothers’ giant frames out of the direct heat of the mid-day sun (especially essential for albino calves like Khanyisa while their skin is the most sensitive in their early years). Calves also use these giants of Africa as windbreaks.

One of the most important lessons that a young African elephant needs to learn is mud-wallowing.

One can never have enough mud, says Khanyisa!

Practised by many ‘follicley challenged’ animals like African buffalo, rhinos and warthogs, the covering of mud provides much-needed protection for the skin against parasites and the sun’s burning ultraviolet rays. The African elephant’s skin is particularly adept at retaining this mud shield as the millions of micro-metre-wide cracks help the mud to remain in place. It most definitely looks like they’re having fun but when they’re taking a mud bath or a dust shower, elephants are performing an age-old ritual without which survival would be extremely unlikely.

Not only do African elephants lack sweat glands, they also do not have sebaceous glands which are common in land mammals. These coat the skin and fur with an oil-like substance, sebum, which helps with maintaining skin elasticity, helps to retain moisture and protects against bacterial invasion and harmful sun rays. Elephant skin has none of this natural protection found on many other land mammals and lacks this natural elasticity. Baggy elephant skin is especially needed around the joints, elbow and knees, to provide the flexibility necessary for that strutting-on-the-cat-walk daily stroll.

Khanyisa has the added challenge of albinism which means that she has even less natural protection from the sun. Fortunately, there are many examples of adult albino elephants and it appears that with just the correct amount of mud and dust she will be fine. She is learning to master both mud bathing and dust showering currently, with the guidance of carers previously and now the herd, and she can keep to the shade cast by her adoptive herd to protect her while her skin darkens with age.

Her series of multi-coloured blankets supplied and fitted by her ‘pit crew’ certainly help protect her from the cold on winter nights too!

A muddy little Khanyisa“…they were taking conscious care to do so. While the sun arced through the sky I watched amazed as they all took turns to act as an umbrella, slowly shifting their positions to ensure the struggling infant was always out of direct heat.”― Lawrence Anthony, The Elephant Whisperer: My Life with the Herd in the African Wild

How to Identify the Jabulani Herd Elephants 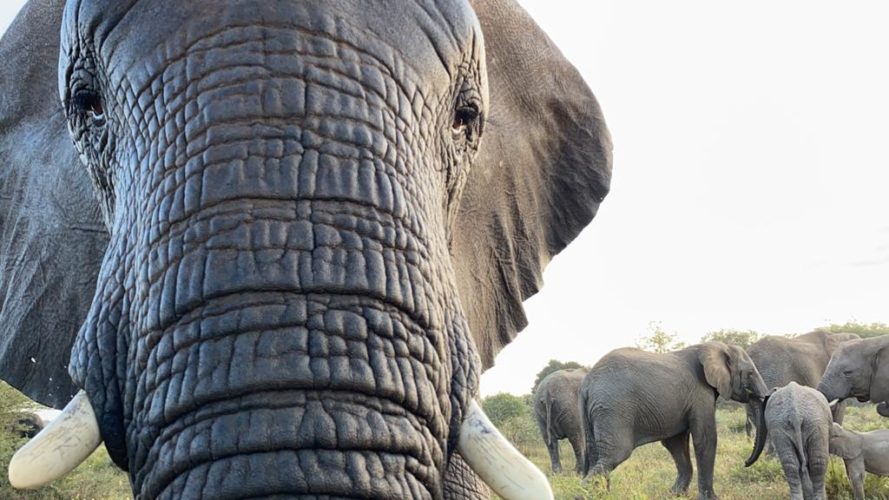 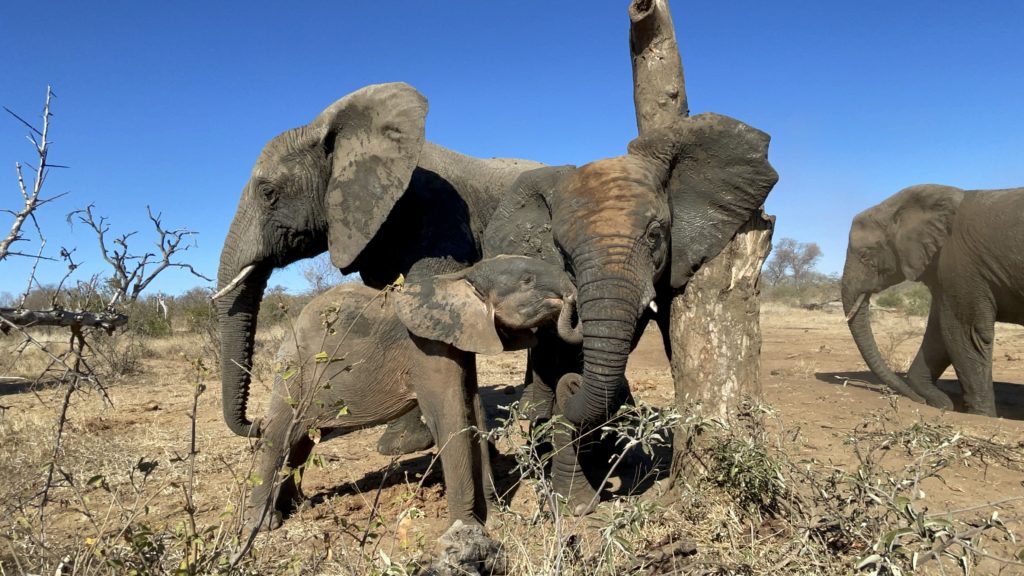