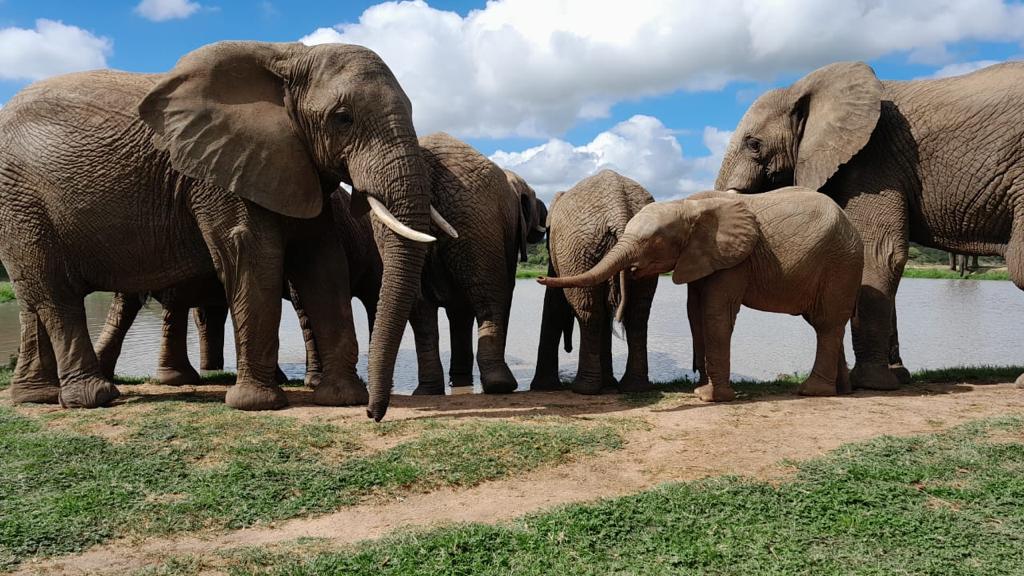 Tigere Shares an Update on All 16 Elephants!

HERD Elephant Manager, Tigere shares insight into all the elephants in the herd in this new blog. As we move into a new year of caring for, supporting and protecting this rescued herd of orphans and elephants born to them, we are excited to share more of their adventures with you. Adine and the carers capture as many of the moments in the bush as possible, so that you can feel as though you are one of the herd, walking, living, playing and loving beside them in their wilderness. Below is an update on the elephants’ behaviours, personalities and social dynamics!

Timisa and Khanyisa – Being the youngest elephants in the herd, they are always under guidance of the older females, like Tokwe, Lundi, Bubi and Limpopo. Timisa loves to spend time with Khanyisa due to the fact that she has an opponent of a similar age to wrestle with which gives them both the comfort they need and the chance to practice different elephant behaviours and work on their instincts. They are the best company for each other.

Kumbura is quite a sensitive elephant who has an unbelievable bond with Khanyisa. She sees Khanyisa as her little sister and always checks on the calf, here and there. She plays a huge role in protecting Khanyisa. Kumbura works hand in hand with Tokwe, Lundi and Bubi. She will be a great mother one day.

Sebakwe is doing well, still maintaining his position as a dominant bull. As he is in his prime and an adult now, his behaviour remains calm, but he always makes sure to let his juniors know who’s boss and to set the record straight that he is number one. Sebakwe also plays a major role in maintaining peace among his herd and in protecting his herd too.

Jabulani is a wonderful elephant. As he is 25 years of age, we still rate him as a teenager. He is very inquisitive and can even sniff out a cigarette hiding in someone’s pocket, as he showed recently.

Fishan remains the pillar for the females when out in the bush. Due to his injured leg, he doesn’t move around
quite as frequently as he used to, as he tries to keep the pressure off his weaker leg. He does things slowly but surely. He loves to spend most of his time with the females such as Tokwe, often Lundi, and Bubi, who comes and goes during feeding time.

Somopane is a quiet yet intelligent individual and remains in his fourth position among the bulls in the herd. He is an amazing elephant who keeps a low profile but plays an incredible role with the young bulls such as Zindoga and Mambo by putting them in their places when needed. He certainly enjoys his food and forgets his name when it is feeding time and we call him to move on. He mostly feeds a fair distance away from other bulls but stays aware of their presence.

Setombe is the eldest female and the great aunt in the herd whose role is to maintain order and put all the little ones back in line whenever they are out of line. She is also dominant over the other females. Although she is not the Matriarch, she still has status in the herd. The reason Tokwe became Matriarch back in 2002 and not Setombe is because Setombe was a very nervous elephant, especially when they were first rescued from Zimbabwe and started their new life in our reserve. She has since settled down but is not a decisive and confident leader like Tokwe. Setombe almost always hangs around with Sebakwe and her daughter Klaserie.

Tokwe is an amazing Matriarch. She is playing her role perfectly – the way she should be, leading by example and taking care of all the young elephants such as Khanyisa who is now spending nights under Tokwe’s guidance. Tokwe makes sure that Khanyisa is always protected.

Lundi is a best friend to Tokwe and also plays a huge role in raising the little ones. Lundi was brought in as a
surrogate mother for Khanyisa, a position she enjoys most of the time. Since she is quite mobile as an individual and often walking further than others, Khanyisa cannot keep up with her and will eventually remain behind with Tokwe and Kumbura. Lundi loves to explore the wilderness, forgetting all her responsibilities but still remains a good mother.

Bubi is currently doing well and helps out with Khanyisa’s care in the bush. She is quite protective over Khanyisa. She often takes initiative when the herd is provoked or threatened by something, and will step in to seek out the threat or chase away an intruder. Her relationship with Tokwe and Lundi as well as Fishan remains firm.

Zindoga is a young bull elephant and doing so well, learning to become an adult bull by wrestling with Somopane and Mambo in most cases. When we have marula fruit in season, Mambo will mostly spend his time with Pisa and Kumbura, going after every marula tree and gathering fruit to eat.

Mambo, as always, is the black sheep of the family. He can’t stay out of trouble. A couple of nights ago, he was seen challenging Tokwe over the poles which led to the disruption of the homestead almost every night. He pulls out some of the poles in the area under the canopy, giving us carers some extra work to do. Mambo loves to be alone in the bush, feeding away from the others. If you lose sight of him for just one minute then you know it is time to find him, otherwise he will be gone.

Limpopo is doing just fine, helping out looking after Khanyisa often. She is quite protective over the calf. Limpopo has learnt a lot from her mother, Tokwe. There is a great opportunity for her to become a Matriarch in her generation, as she already displays some behaviours that are identical to those of her mother.

Klaserie is a chilled young female with a strong bond with her mother, Setombe. The two are always seen together. Klaserie also loves to play with Khanyisa but sometimes she is too strong and overbearing, or will overreact which leads to Khanyisa screaming and everyone comes running only to find Klaserie next to Khanyisa, looking shy, perhaps saying, “Sorry, I didn’t mean to make her scream.”

Pisa is a very independent young female who likes to explore a lot, especially ahead of the entire herd and is often accompanied by Kumbura and Zindoga. She always minds her own business but never forgets the presence of Khanyisa. She also reacts when Khanyisa screams and runs to her side, but she is still a bit jealous of the younger elephant. She thinks that Khanyisa took away her position of being the last young daughter to Tokwe. 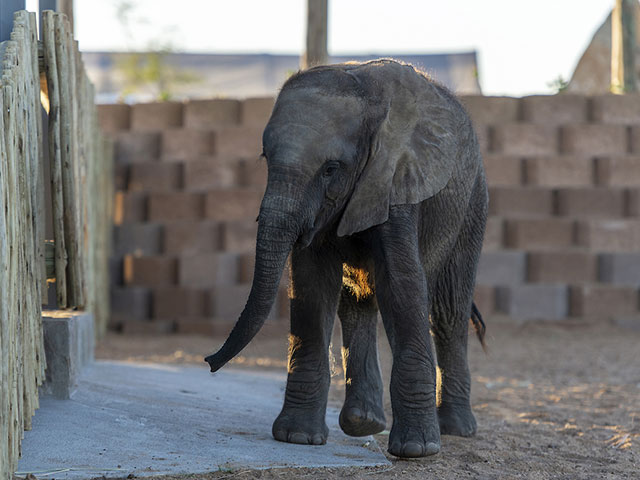 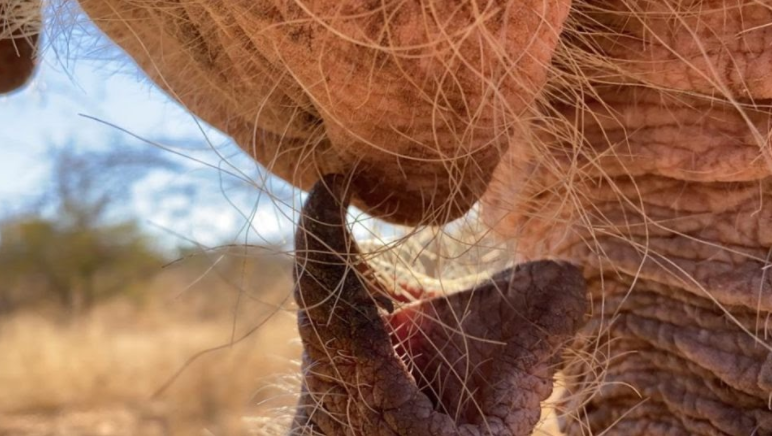 The Anatomy of an Elephant – Elephant Trunks! 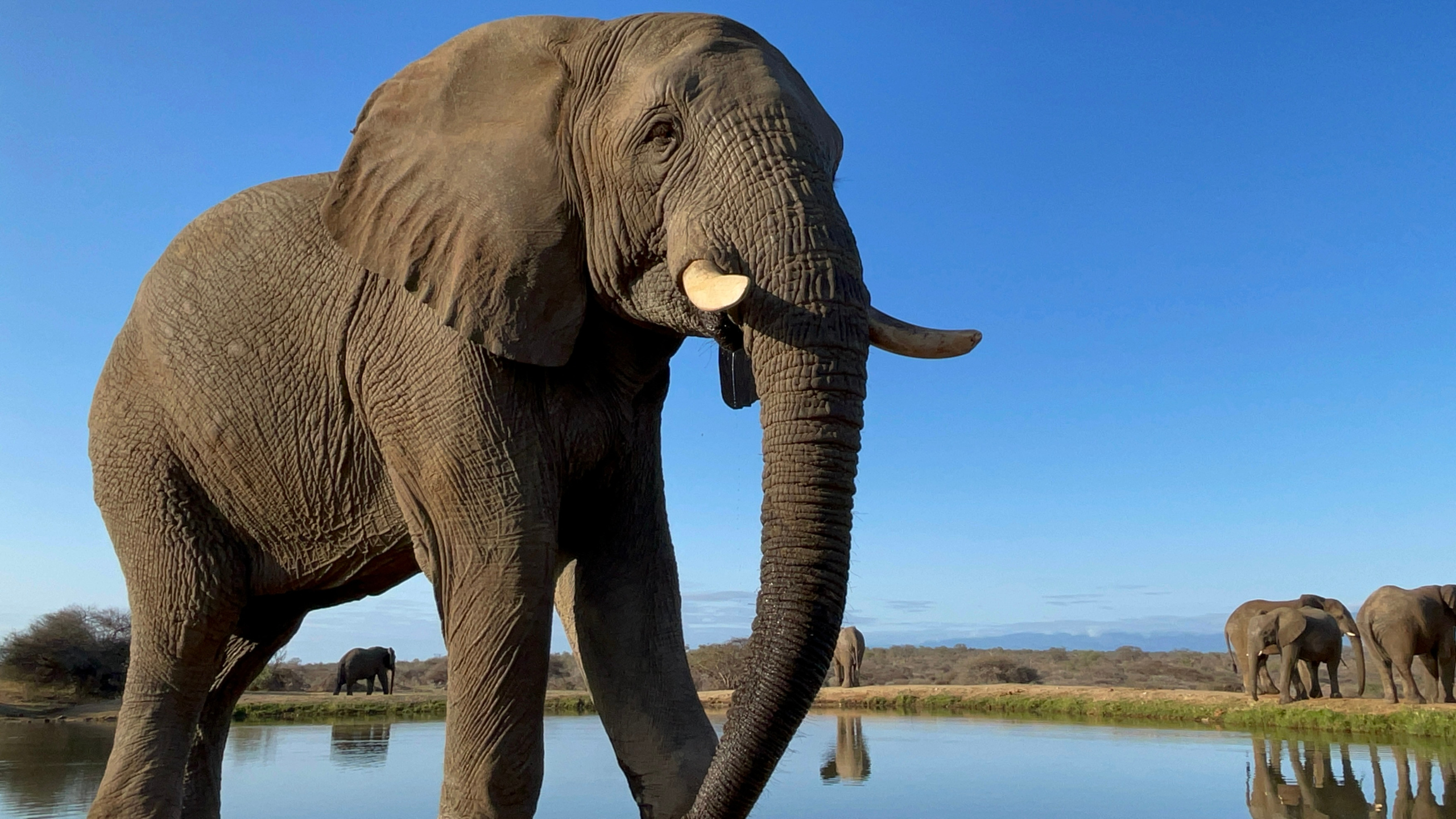